Uncle Jack is the Nightman, Charlie’s Mom is the Troll,...

For over a decade now FX’s It’s Always Sunny in Philadelphia has, in equal parts, delighted, disgusted, and utterly horrified fans with its outrageous and deliciously depraved cast of characters. Perhaps one of the show’s most interesting characters is the janitor and partial owner of Paddy’s Pup, Charlie Kelly.

One of the longest running ongoing jokes of the series is a character called The Nightman that Charlie invented in the season three episode Sweet Dee's Dating a Retarded Person. The Nightman, as depicted in song, is a shadowy figure that sneaks into Charlie's room at night and seemingly rapes him. This is often described through innuendo and Charlie himself seems unaware of the implications of what he's singing.

Based upon the cast of the musical and subsequent clues in the show, I believe that the following characters represent real people in Charlie's life:

Uncle Jack and The Nightman:

It's fairly obvious to anyone that's familiar with the show, that Charlie's Uncle Jack is a pedophile. There are numerous references made to this effect, from him having sneaked into Charlie's room as a child to teach him "wrestling" to him having possessed "art photos" of children that were taken away by the FBI.

What first altered me to the possible parallel between Uncle Jack and the Nightman (other than the obvious) was Jack's infatuation with his small hands. He constantly makes references to his hands, revealing a deep insecurity with the way that they look, even going so far as to ask other people to cover his hands with their own (as seen to the right) for pictures. This is significant because one of the constant themes with the Nightman is the character's hands. Charlie sings about them on two separate occasions, referencing the Nightman first as pinning him down with "strong hands" and then later as being locked in a world of darkness without the Nightman's "sexy hands."

There are also a number of references made throughout the series of something untoward happening between Charlie and Uncle Jack when Charlie was a child. In the season five episode The Great Recession Charlie is reluctant to share a room with Uncle Jack because of something disturbing that happened when they shared a room during his childhood involving "wrestling." Furthermore, in the season one episode Charlie Got Molested, Charlie's family stages an intervention when Dennis and Dee falsely tell them that Charlie was molested by his middle school gym teacher. During this intervention Uncle Jack is seen sweaty and anxious, likely because he really did molest Charlie as a child, and he suspected that Charlie was about to reveal it. He's also shown becoming sexually excited when Charlie shows where on a naked doll the gym teacher allegedly touched him.

During The Nightman Cometh, we are introduced to a Troll that sings a song about selling a young boy to the Nightman. During the musical the Troll sings that the Nightman must pay a toll if he wants to get into the "boy's soul." Unfortunately Frank's singing makes it sound like he's saying "boy's hole" rather than "boy's soul."

The narrative here is pretty clear. If Uncle Jack is the Nightman, then the Troll would be somebody that collected money from the Nightman in exchange for Charlie. As we know from the previously referenced episode, The Great Recession, Charlie's mother collected rent money from Uncle Jack in exchange for allowing him to bunk with Charlie when he was a child, which is likely when the aforementioned molestation took place.

While it's unlikely that she knew what was happening between Charlie and Uncle Jack (in fact, she flew into a rage at the idea of Charlie being molested in previous episodes), a young Charlie probably didn't understand all the nuances and implications of what was happening. Rather, he only saw his mother collecting money from a man that was abusing him. Since even as an adult he doesn't seem entirely aware of what happened to him, it's likely that writing his mother into the play as the Troll was done subconsciously.

Speaking of the subconscious, we learn in the season six holiday special that Charlie repressed another tidbit from his childhood that likely contributed to the Troll narrative. In A Very Sunny Christmas it's revealed that every Christmas when Charlie was a boy a bunch of men would come over his house dressed as Santas and, as Mac so eloquently puts it, "run a train" on his mother. The revelation eventually leads to a violent outburst in which Charlie brutally assaults a mall Santa, biting a large chunk out of his throat and savagely beating him in front of a group of small children.

Charlie's reaction is completely over the top, even for someone that just learned his mother took part in a Christmas-themed gang bang when he was a child. I think it's more likely that Charlie was having a flashback of his own abuse. After hearing the story, Mac infers that Charlie's mom must have been a prostitute. This is something that's also hinted at in the season three episode, Dennis Looks Like a Registered Sex Offender, where she becomes Frank's paid "bang maid." Charlie's mom having exchanged sex for money may have been similar, in Charlie's mind, to Uncle Jack supposedly having paid the "Troll Toll" to abuse him, and was likely what caused his violent outburst.

In fact, as far back as season one, when the Gang first speculated on the possibility of Charlie having been molested, Mac made a reference to Charlie being "a bit of a psychopath" when he was young, and that nobody would come near him because when he got upset he would turn purple and start biting things. Charlie also first started abusing drugs during the Santas incident, when he began sniffing glue to cope with his troubled home life. Similarly, he's shown huffing paint while writing his songs about the Nightman.

The Gang in It's Always Sunny in Philadelphia have all known each other as far back as High School, but Charlie and Mac have been friends since childhood. Since Charlie was known as "Dirt Grub" in school and was constantly picked on, it's likely that Mac was his only friend. The two of them both came from dysfunctional families with absentee fathers, neither of them fit in at school, and they spent their Christmases together throwing rocks at trains. Being his first friend, I think that Mac pulled Charlie out of the "world of darkness" that he lived in when he was alone being molested by his Uncle Jack and neglected by his prostitute mother. There are a number of clues peppered throughout the series that link Mac to the themes that Charlie associates with the Dayman in his songs. Perhaps most significant, however, is the fact that Charlie originally casts Mac as the Dayman in his Musical.

The first and most obvious clues are found in the lyrics that directly describe the Dayman. The song refers to him as "a master of karate and friendship for everyone." The karate connection is obvious. Mac constantly styles himself as a karate master throughout most of the series, displaying bastardized karate moves whenever he's given the opportunity. At one point even doing karate across the stage when he's cast as the Nightman in Charlie's musical. He also spontaneously does karate when he's excited and he even incorporates it into his dancing.

The friendship link is less obvious, but it's there as well. In addition to being Charlie's first friend, Mac is also the character that links the four original members of the Gang together. He and Charlie were childhood friends, he's Dennis's roommate, and he's married to Kaitlin Olsen (the actress who plays Dee) in real life. Charlie and Mac are also on the same Chardee Macdennis team (the Thundermen) against Dennis and Dee, and Charlie refers to Mac as his best friend over Dennis.

There are also a number of even more subtle hints throughout the series linking Mac to the Dayman. Usually they are very easy to miss, as it happens through hidden imagery and double entendres. In the episode Mac's Banging the Waitress, for example, where the question of who Charlie's best friend really is is actually directly addressed, Mac dresses as Charlie while trying to bang the Waitress, who is in turn dressed as Dennis, a reverse parallel of Charlie becoming the Dayman in his songs..

This is seen again in the season nine episode Mac Day. Before the opening credits Mac is reading from the book of Genesis about the passage where God creates the sun. He ends his monologue by replacing the word "light" with his own name; "Let there be Mac." The Dayman is referred to as the "master of light" and the "champion of the sun." In this scene Mac likens himself to both the sun and light, and even the name of the episode Mac Day links him with the Dayman.

Charlie is most often depicted as simple, and comparatively the least intelligent member of the Gang. However there have been a number of episodes (Mac Bangs Dennis's Mom, Charlie and Dee Find Love, and Charlie Work) where he shows himself to be hyper-competent and much smarter than anyone is aware of. Often times he seems almost willfully ignorant of the world around him. This likely started when he was very young, when he started abusing drugs and hiding himself from his own reality in order to deal with his molestation, but as an adult these memories resurface through his music and through the occasional violent outburst. 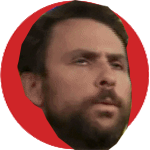 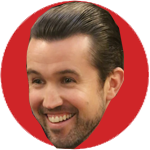 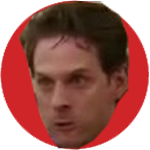 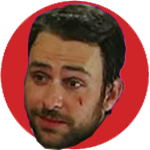 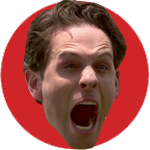 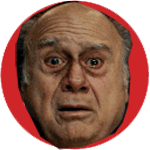 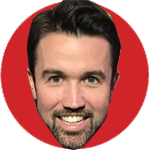 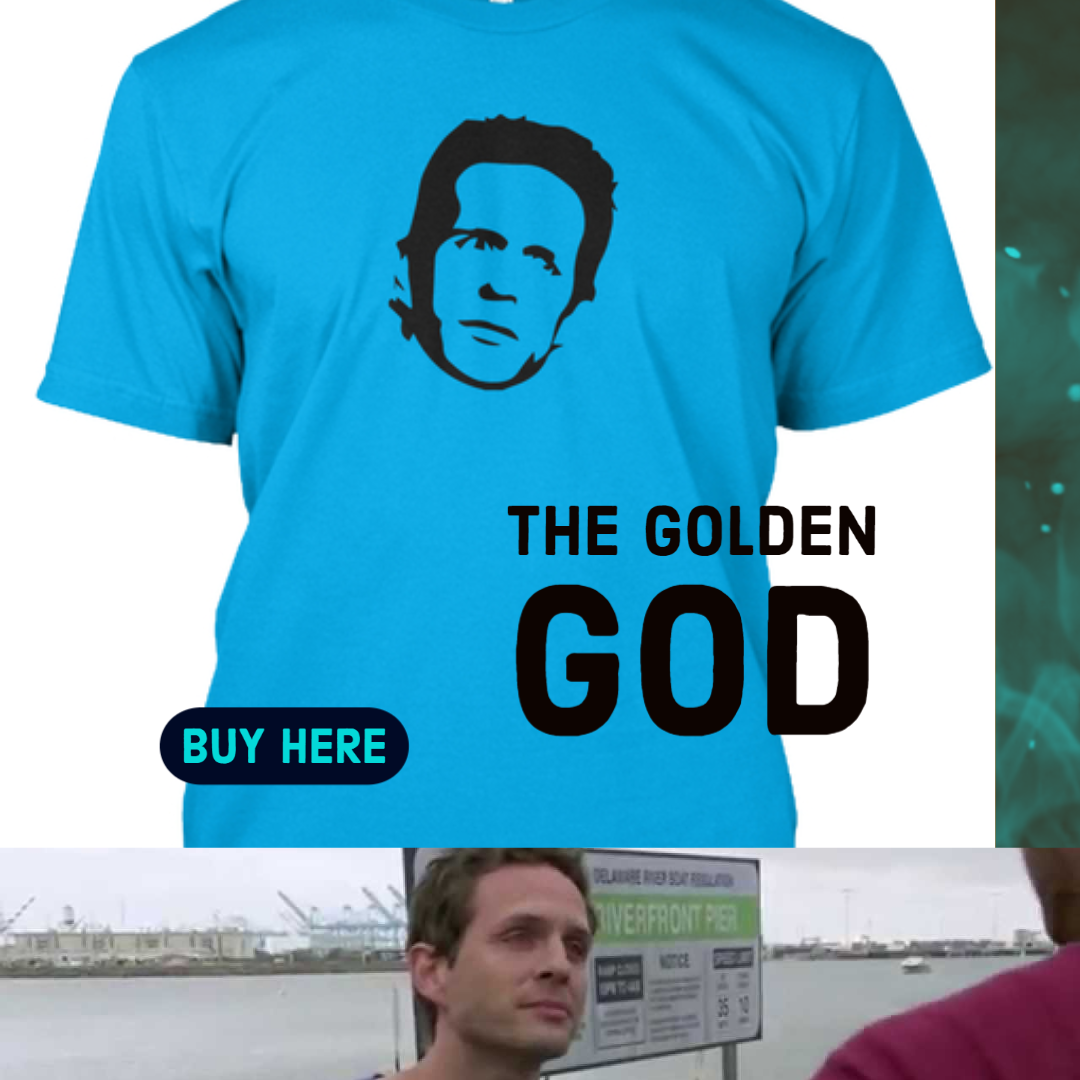